Factions can be created in two ways.[edit | edit source]

Note: This will create a binary file in order to have the faction available without restarting the game. This means that you will not be able to edit the parameters for the faction outside GalCiv 3 in XML format until Stardock decides to create an export to XML function. If this matters to you then see the other methods of mod creation on this page. 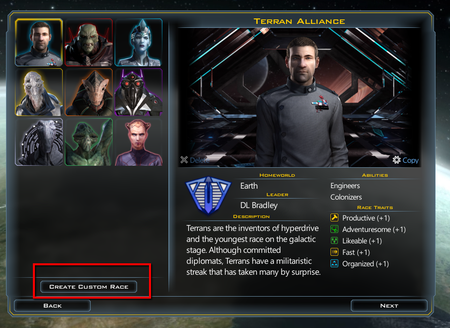 If you added your own images to the factions folder, you can have a custom image. 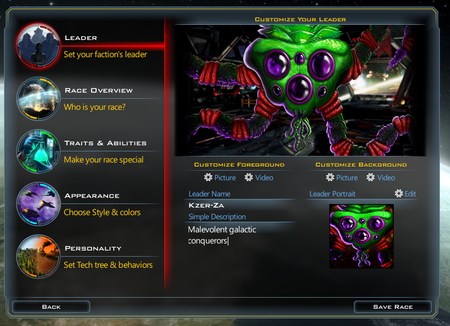 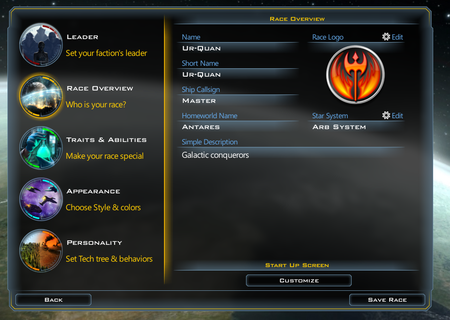 You can customize your race description and give your new civilization its own history. 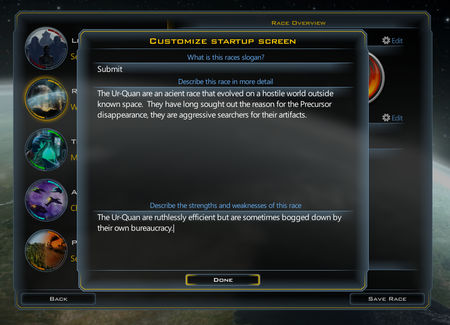 The traits of your civilization. 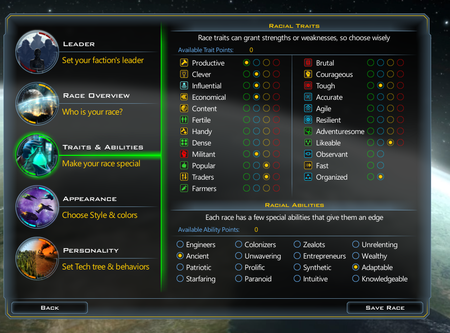 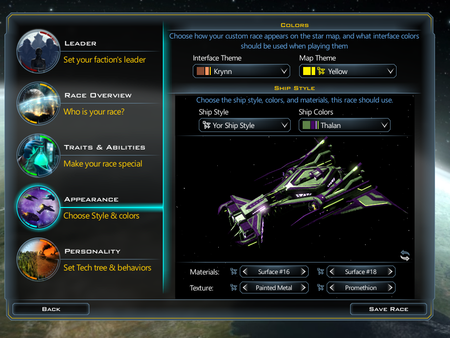 This screen shows how the AI will use them. The idea being that you can later play against your creation (or upload it for others to use too). Once Stardock has finished the Steamworks mod stuff, there will be an export button here too so you can literally share your creations to the moderated civilization library. 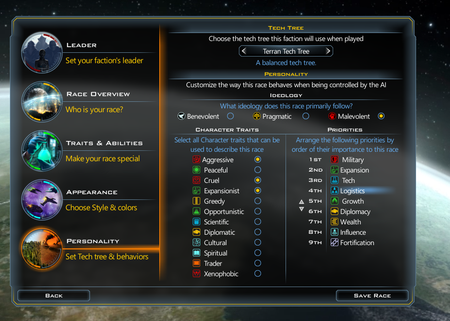 You now have a civilization ready to go. 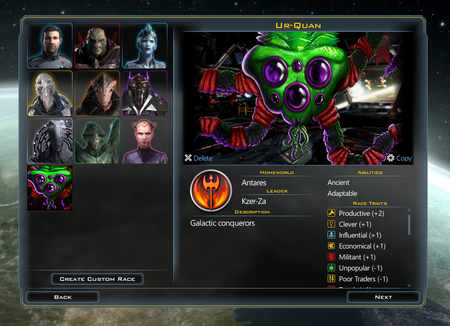 This way gives more ability to customize some things that are not in the game faction editor. But is harder for many as it involves using a text editor on multiple files as well as management of those files.

To use your own images you need to put them into your "My Documents\My Games\GalCiv3\Factions" folder. Having images with the same name in different folders may cause problems. There are four subfolders for:

*(other sizes work but try to keep the aspect ratio)

It is not possible for modders to create Bink 2 videos. .

GalCiv 3 uses Bink 2 video codec. Bink is developed by RAD Game Tools. Unlike Bink 1, which was used by GalCiv 2, RAD Game Tools don't offer a way for modders to create Bink 2 videos, nor is there a Bink 1 to 2 converter for non-commercial use.

Stardock have said they will look for an alternative so that modders can create their own videos(GalCiv 3 developers talking about it on 12th December 2014 Livestream).

However, non-transparent** Bink 1 files can be renamed to ".bk2". Take note Bink 1 videos that include transparency in pixels may show visual glitches when played back within GalCiv 3. Make sure that Bink 1 are proper size as crashes have been reported

Other full screen size videos use these same dimensions