Snathi is a minor faction in Galactic Civilizations III.

These guys are E-V-I-L! It's rumored that the Dread Lords, in a last ditch effort to destroy the Arnorians in the epic Battle of Kalis-Yu', focused all their dark energy, malice, and hatred into an army of war-hungry demons... the SNATHI! Now, after billions of years hoarding their proverbial 'Nuts', the Snathi have metaphorically 'climbed out of their tree' and will 'gnaw the galaxy with their big squirrel-like teeth'... so to speak.

The Snathi are an ancient race of extremely intelligent and bloodthirsty squirrel-like creatures. They were created by the Dread Lords as the ultimate weapon, but were locked away… until now.

The Snathi have risen from the ashes of their Precursor prison world. They have only one goal: revenge. The Snathi have vowed to put down those who kept them from taking from their rightful place as the heirs of the Dread Lords.

No race is safe from the true face of EVIL... even if it is as cute as a button. 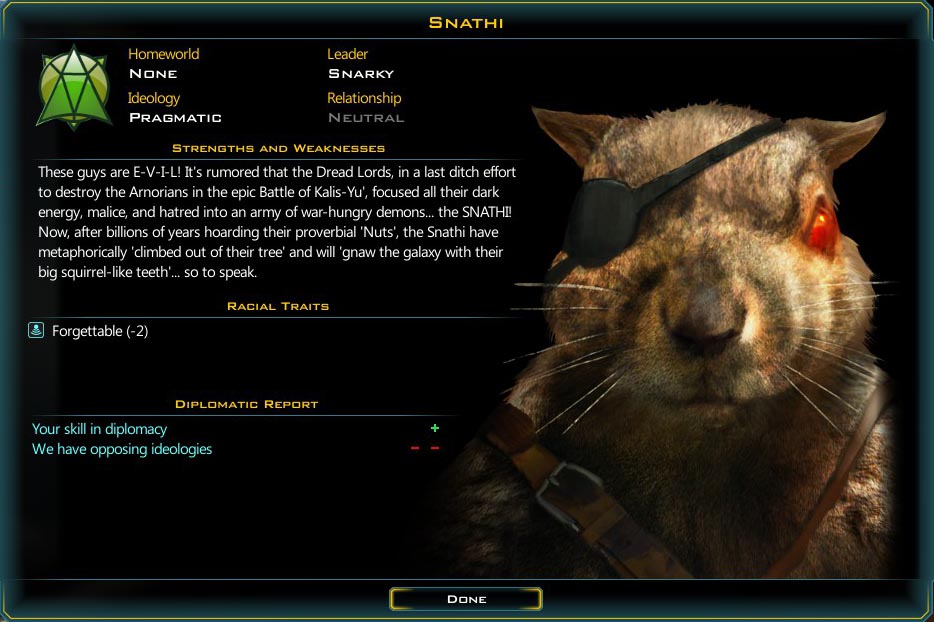